Five reasons to get excited about Go 1.18 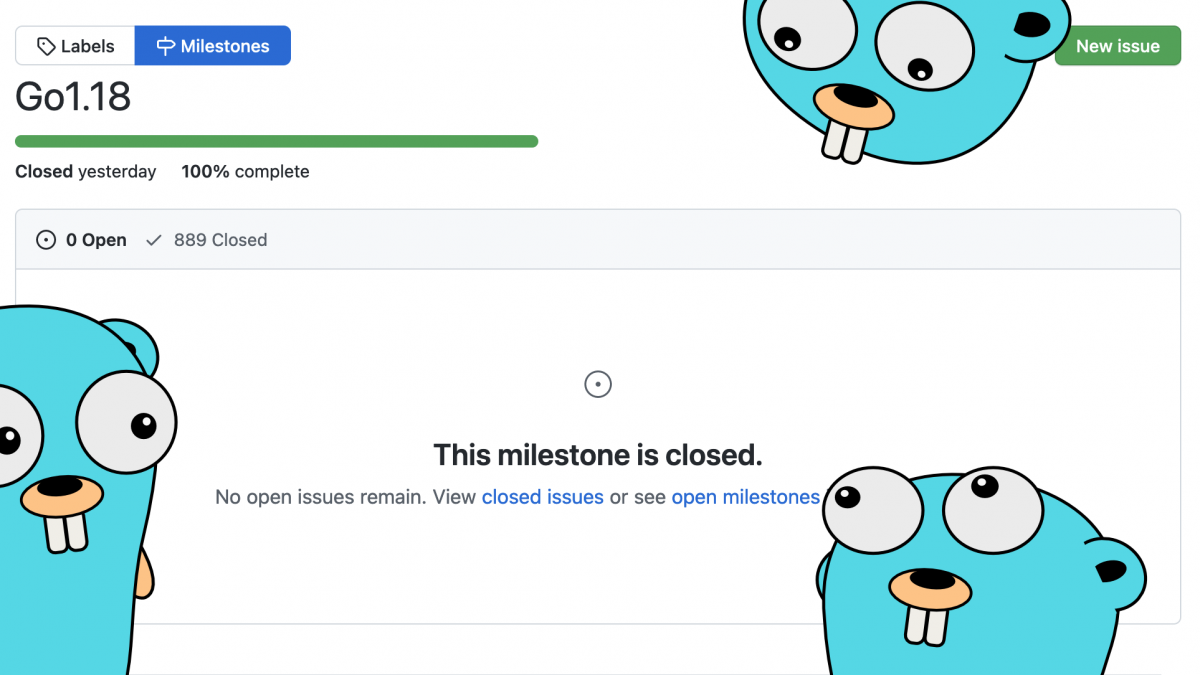 The Go 1.18 update is massive. Generics, Fuzzing, and Workspaces are perhaps the most prominent new features. What else changes with the new release?

In contrast to almost all other Go updates, this one includes a rather large addition to the language - generics. I will not go into much detail in this post, as there is already a truckload of Generics articles out there—including two from myself where I turned a binary search tree into its generic counterpart and discovered generic interface functions after coming across this proposal that generics made superfluous (or so I would guess—it is still open at the time of this writing).

I am pretty sure that with this single feature, Go will win a lot of new fans.

Some people would certainly want to see this one as #1. Fuzzing adds a new approach to Go unit tests. (To be honest, there have been fuzzing packages available long before, but this is now an integral part of Go.)

What’s the reason for fuzzing, and how does it work?

Well, no matter how busy you collect test cases for your table-driven tests, you can never be sure that you have not overlooked one or more subtle corner cases that might come back to haunt you when the code is deployed to production. Fuzzing cannot close that gap entirely but can help to narrow this gap drastically.

An interesting consequence of generating the test cases is that neither you nor the Fuzzing code can provide an expected output to test against. Instead, you need to test against more general attributes of the expected result. For example, a function that reverses a string could be tested by running the function twice and verifying that the result is the same as the original input.

Consider you have two modules A and B, and A imports B. If module B has already been published, the import path would point to the remote repository. Prior to Go 1.18, if you want to work on module B while testing the changes with module A, you had to add and remove replace directives to module A’s go.mod file as needed. Just don’t forget to remove it before pushing the changes to the remote repository!

Lots of interesting changes happened in the standard library. I’ll list only the changes in the “mainstream” packages, skipping the more specialized ones. For the full list, see the Go 1.18 release notes.

This was only a quick overview. Read more here: